(In)Adequate Commoners Around the Web 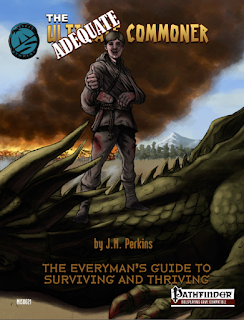 One of the really neat things about working on The Ultimate Adequate Commoner was learning about all of the fantastic ideas, characters, and campaigns people had already built around commoners, the NPC classes, and just low powered characters in general. Some of these things I drew inspiration from while drafting The Ultimate Adequate Commoner and some I only learned about recently from having conversations that began once I launched the Kickstarter.

While The Ultimate Adequate Commoner will be significantly different than pretty much everything I've seen and read; I still want it to be part of the much larger conversation about playing the kind of characters you aren't 'supposed' to play and telling awesome stories in the process. So, here's some link love to get you to start thinking about ideas for commoner characters, commoner games, or whatever fun wacky way you're gonna play with the concepts here's some awesome 'light' reading material for you!
Joe Wood - Surprisingly, I'd never heard of Joe Wood until Lefty X over on the Paizo forum mentioned him but 1) He is awesome and 2) For a lot of people he's probably the granddaddy of Commoner play.
The Common Commoner - What life is like for a peasants in a high fantasy world, and why a bunch of them are probably they're wayyyy more badass than you would think.
Sean K Reynolds Theory About Commoners - Some great thoughts about commoners.
Turning Commoners into a Railgun - Note, this doesn't work -both according to physics, common sense, and the actual rules of the game- and you shouldn't do it... but it made me laugh all the same.
There's more -lots more- and Thanael was nice enough to create a thread with links to most of it. But what about you? Any ideas, forum threads, campaigns, articles that inspired your imagination about what playing commoners could be?
Posted by JMPerkins at 11:33 AM 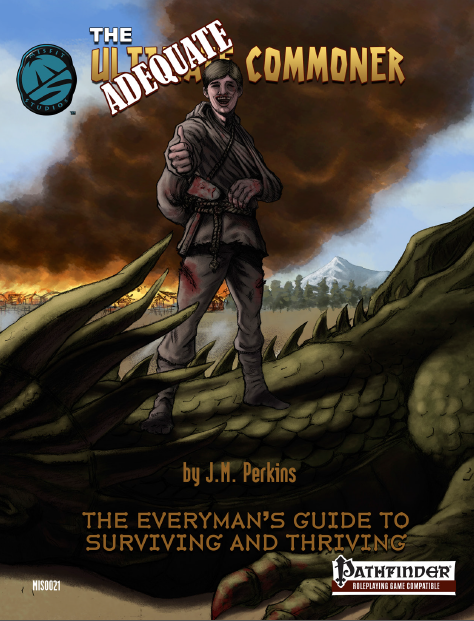